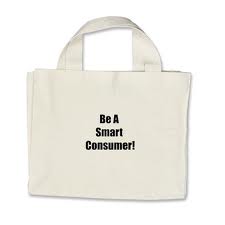 Economists, the Fed, policy makers and retail company executives seem to be befuddled why consumers are not spending. Kevin’s article* is a good snapshot of the current debt pay down mode consumers are in. “Consumers have been shedding debt like a bad habit. That’s good for personal finances, but not so good for an economy driven by consumption.”

I think what the economy really needs is a rational consumer. Economists and policy makers naturally want the economy to expand and grow and retail stores want people to spend. However, if that growth and spending is through debt fueled consumption, as it was up until the recession, then at some point that excess debt needs to be repaid … it can’t go on forever.

Result? Debt repayment dollars have go to repay yesterday’s consumption, not tomorrow’s consumption as policy makers want. Debts have to be repaid. Borrowing comes with a cost. A slow growing economy, or recession, is the result of too much expansion before. Too much debt exacerbates this by spending too many dollars during a debt expansion, thus leaving too few dollars while that debt is repaid.

A balanced perspective is to recognize that  a rational use of resources … also known as consumption … albeit at a slower pace, is better in the long run for everyone instead of spending like there is no tomorrow. We have seen how that turned out.

Consumers seem to be understanding this and behaving accordingly! Policy makers? They seem to still be pining for yesteryear.

IRS Tax scams galor!
I’m a planner, not a prophet!