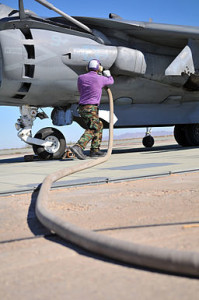 Here then is an analogy from a flight perspective.

When people focus on investing, they’re essentially focusing on the fuel … that which  powers, or propels, them from where they are to where they’re trying to go. That’s right – in this analogy, investing is the fuel. So people are focusing on the fuel and not seeing the larger picture. They see that the markets have returns and simply seek out those returns. There are many grades and octanes of aviation fuel just like there are many different kinds of investments. One should be aware of what kind of fuel they should put into what kind of aircraft they are use. Different goals should have different investments.

The airplane is what carries you from where you are to where you’re trying to go. That would be your 401k, 403b, IRA, Roth, or perhaps an account titled in your name(s). You put investments into these different types of accounts for different reasons. How you title an account in your name is important for many reasons. The title of the account determines who has ownership rights for the account, who will be liable for taxes on the account and how the account will be treated at the death of the persons involved.

So you see, the fuel doesn’t get you to your goal, it is how you access different markets or types of investments from which the returns from those investments power your account that you are using to reach a specific goal. Fuel propels the airplane – investments propel your accounts. Many people confuse account titles for their investment so this is one reason I’m explaining the difference. When someone says they have an IRA, it doesn’t say anything about what the IRA is invested in; just that they have some money set aside to carry the money for the purpose of retirement – the purpose of the IRA title.

So should you focus on the type of account and not investing? Should the focus be on the airplane in this analogy and not on the fuel? They’re both important. But, there’s one more aspect to the analogy to put everything together – where are you now and where are you trying to get to? 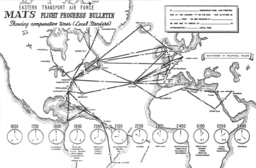 Note: To enlarge the photo at right, please click here.

You can see there are many different places people may be at now, just like being in a different stage in life than you are now. The same is true with destinations or where people are trying to go. Your idea of retirement for example may be quite different than the retirement imagined by someone else.

The important point though is understanding how to get from where you are now to where you are trying to go. Pilots have a flight plan that helps them understand how much fuel they need, what kind of aircraft to use, what options may be available should something happen along the way, and enough fuel in reserve to get to an alternate if weather has changed along the way. How much fuel (money) do you need for retirement? Are you using retirement accounts like a 401k, IRA or Roth? What happens if something goes wrong along the way – are there emergency funds that serve like an emergency landing strip along the way?

When you first take off, you head in the general direction where you’re trying to go. As you get closer, the you get more specific and precise so you land at the proper airport on the correct runway. Most people simply invest money in something which is getting them headed in a general direction – hopefully in the same direction as their goal! But then, pay little to no attention until they’re close and then realize they’re nowhere near where they wanted to be! In other words, they had no plan.

In summary, investing is what propels your accounts that you use to carry you towards your destination, your goal. Investing is not your plan. The accounts are not your plan. They are both used to get you there. Where is “there?” Your route of flight is part of your overall flight plan that gets you “there.”

Another analogy: Confusing the cables for the bridge!

Research in Focus: Can You Predict a Good Time to Buy and Sell Stocks?
Why may a person’s return calculation be wrong?