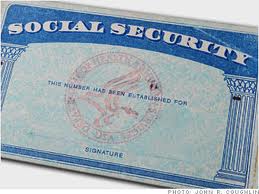 Okay, the first part of the new Social Security rules* has gone by – we’re into May now and you may have read already about the demise of File and Suspend. Rather than talk about what one could have done (a moot point), I’ll discuss what works now.

I’m writing this in early February thinking about how the File and Suspend rules would work for anybody now after the transition period that recently ended.

The rules now, after the transition period is over? No one can collect benefits (e.g., spouse or children) when the filer (Social Security number holder) suspends their benefits. In other words, ALL benefits also suspend for ALL those receiving benefits from the primary filer. And the filer can’t request a lump sum payout of those suspended benefits at a later date. If a spouse files for their own benefits, theirs would continue because their benefits are not depending on someone else’s work record.

So is File and Suspend dead? Nope!

A person may have filed for their benefits (anytime at or after 62). Typically I suspect this is because they needed the extra income because they weren’t working; or, their earnings were initially below the Social Security earnings limits for work** while receiving benefits.

Afterwards, they went back to work (found a new job) and their earnings went up above the earnings limits. Can they suspend their benefits? Yes. But this is an involuntary suspension. Why would they do that? Because of the earnings limits take away benefits. Basically they started Social Security too soon now that their circumstances have changed.

Filing “early” (before FRA) and subsequently suspending later once they reach Full Retirement Age (FRA) suspends benefits which would receive the Delayed Retirement Credits (DRCs) that boost benefits 8% per year each year between FRA and age 70. The additional income in the mean time could come from a spouse (lower earning) claiming their benefits, or by continuing to work, or both. Or from a more sophisticated “bridging” strategy with income coming from one’s portfolio (beyond the scope of this post). Having benefits withheld due to the earnings limits means their benefits are recalculated at FRA for the fact they didn’t receive those benefits.

Be careful though, filing before FRA (and even age 70) means future delayed, and DRC, benefits would be lower than if one had simply waited before claiming any benefits, waiting ideally until 70 when benefits have reached their maximum (before inflation adjustments).

However, my scenario was about someone forced to claim early (before FRA) because of income needs. If Social Security is not needed, then waiting as long as possible, ideally until age 70, maximizes benefits. This is important for couples since the higher benefit becomes the survivor benefit when either spouse dies (the lower benefit of the couple goes away). For singles, the more that you get from Social Security, the less reliance is needed from portfolio supplemental income assuming the same relative spending level between the two situations.

Benefits For You As A Spouse.

Benefits if you are divorced.

Note: Your RSS feed or email may not show the embedded part of this blog … please go to the blog  to be able to read the complete post.

Larry R Frank Sr., MBA, CFP®, is an experienced financial advisor and a published author on Retirement Planning Research. Have a financial question? Click Here to Ask Larry
View all posts by Larry Frank, Sr. →
Spending Shocks, Budgets and Savings: Working and Retired
Can you “restrict” your Social Security now?