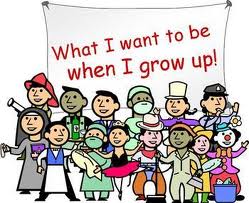 But how do you become a pilot? You need to know how airplanes fly. About navigation. About map reading. So my parents brought me to the library many, many times to get books.

How can you get trained to fly? Either have money for lessons, or get military training. I grew up on a small family farm in Northern Minnesota and my Dad was Superintendent of Mail (person after Postmaster). We didn’t have money for lessons. I had to be an Air Force pilot … to a teenager it was just that simple.

But, when I was a teenager, the Vietnam War was raging, along with its unpopularity. My Dad supported me even though it wasn’t popular to want to go into the military. I didn’t realize, until I had my own kids, how important support is to kids growing up. Not money support, but more importantly moral support and helpful support to help them take the steps to be what they wanted to be. My Dad taught me in his own way the importance of support.

To be an Air Force pilot you had to go to college. Money for college was a problem. So I got a job pumping gas and working at the store’s cash register (was a 7 eleven type store before they had 7 elevens). I had enough for 1 year of college. I applied for an ROTC pilot scholarship. My years of reading in the library helped me score high on the flight aptitude test. My declared degree in Physics also helped. I got the scholarship! My Mom and Dad were proud. I was happy. And the Vietnam War ended when I graduated high school.

I transitioned to high performance jets and then flew multi-engine jets internationally to 47 countries on 5 continents. As a pilot, I learned that planning ahead is critical. How much fuel? What’s the weather expected to be? What are alternate airports if weather is bad or there’s a mechanical malfunction? How do we measure progress along the way? Preparing for emergency’s was also important. Not only how to react, but more importantly, how to get so mentally prepared that the situation wouldn’t phase you … training would kick in and you would just work through it.

While I was in the Air Force I also became a staff officer on Headquarters staffs including the joint staff in Panama (working on the plans for the invasion at the time) and the First Gulf War. Contingency planning is a lot like planning to fly. What resources are needed and how much of each? What’s the weather expected to be? What are alternative plans if things don’t go as planned?

Then it was time to retire from the Air Force. What to do next? I did not want to fly for the airlines … you are gone when you are working. I had already missed the older two kids growing up doing that … gone while at work. I wanted to be around watching the younger two grow up. I was good at planning (flying requirement and contingency planning). I was good understanding how money worked from my MBA. I became a financial planner.

So what has all this to do with planning for you today? First, I learned that what you are doing may not be entirely clear step by step. However, having determination to get to a goal and taking steps one at a time eventually gets you somewhere.  Flying and contingency planning require thinking ahead and knowing where you are trying to go. Also, goals can change with time.

Financial planning is based on the same concepts. I learn what your goals are and put in place processes to support and help you get on the way. Sometimes things happen and the goal needs to change. What to do if things don’t go according to plan? How do we measure progress? What happens in an emergency? How do we keep cool heads?

Thus, although my two different careers over my life appear to be different – they are actually very similar because they both are based on planning and taking necessary steps to get to a destination (goal) and deal with the unexpected.

Do you understand your emotions?
Social Security – How COLA affects benefits – 6th in a series