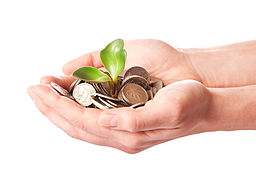 Some plans offer “after-tax” 401k contributions. Aren’t these the same as a Roth 401k? Nope!

There are three (3) different types of 401k contributions – IF your plan offers them … and each one has its’ own tax treatment:

The differences between them may be seen on this comparison chart.

It has been a couple of years now where these were clarified by the IRS. Many people aren’t aware of these yet.

By making after-tax 401k contributions, it is possible to eventually transfer these funds to a Roth. Since the limits are higher, you can basically fund a Roth with more money than the straight Roth IRA or Roth 401k approaches.

Be careful though on transferring pre-taxed and after-taxed 401k monies though. You can’t transfer the entire 401k to an IRA and then convert the after-tax portion to a Roth. Once money is in the IRA, the apportionment rules (pro rata) apply where the after-tax portion is not taxed again. If both accounts are in the same 401k account, then the whole 401k must be closed and money from each type of 401k must go to its’ similar IRA cousin. The exception is when the 401k and after-tax 401k accounts are already separate.

Morningstar has more on the topic.

Kitces also wrote on the topic.

Is Robo-Advising the way of the future?
What are the Phases of Retirement?

One Response to After-tax 401k’s vs Roths … and rollovers; they’re different!