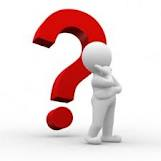 Why am I writing about banks?

There are three main categories.

Investment Banks assist those who wish to raise money by acting as the clients agent or by underwriting. These are the “Wall Street” banks. They have two main lines of business: 1) Trading securities for cash or other securities; and 2) Promotion of securities (sell side) to pensions, mutual funds, and investing public (buy side). Note: If your bank has offers for you to buy investments (stocks, bonds, mutual funds, etc) through their investment arm (broker/dealer sales), then your bank more than likely falls into this category of bank.

There was a separation between Investment Banks and Commercial Banks until 1999 when the law allowed them to combine. The Financial Crisis of 2008 was a complex interplay of mis-pricing and misjudging risk. The confusion between banking comes from the 1999 repeal of the Glass–Steagall Act of 1933 which effectively removed the separation that previously existed between Wall Street investment banks and depository banks.

Because of the integration of the banks today, rules that cover banking in general trying to “fix” investment banking may also adversely affect depository banking, and vice versa.

The Squam Lake Report is an academic study and series of recommendation to address the issues of the 2008 crisis.

Commercial Banks are part of the group that we typically think of as a bank as a consumer. Commercial Banks tend to work primarily with businesses while Retail Banks deal directly with consumers. Regional Banks are smaller banks near your local area while a Community Bank tends to be locally owned. Note: If your bank only offers CDs, checking and savings, etc, then your bank more than likely falls into this category of bank.

Custodian Banks are charged with safeguarding an investor’s financial assets. They are also the firm who reports required information to the IRS and provides you with the required documentation from that reporting (e.g., 1099’s, etc).

So … remember to separate these categories of banks in your mind when the media is talking.

What happens when you walk away from your home?
Cycle of Market Emotions