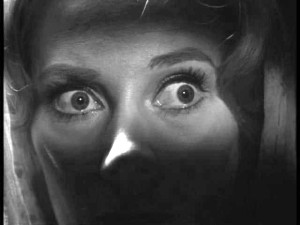 Most people don’t realize (or do, but don’t plan for it) that, as a couple, there is lost income from Social Security automatically built in. I discussed examples in a post titled “Social Security and Survivor Considerations.”

In this post, the question is … How much money* is needed to replace that lost income?

First, the answer depends on time, or more specifically your age, when the loss occurs. Why? Because the older you are, the less you need because you yourself have fewer years remaining. You can see this in what are called “life tables.” Because you have fewer years of lost income, the less you need to replace it. Said differently, the younger you are the more you need to replace lost income because now you have more years of loss.

Second, the answer depends on inflation.

Last, the amount depends on how much younger the survivor is compared to the one who goes first.

The below illustration shows these three elements working together.

Survivor income replacement from Better Financial Education
The bottom lines in each graph show the survivor lump sum* either female as survivor (red line) or the male (light blue line) – expressing the lump sum in “real dollars” (sometimes called today’s dollars). Here it is evident that the amount required to replace the loss goes down with age if the lump sum can be invested to stay at or above the inflation rate. The starting points of all the lines show that males require less than females because females live longer and thus need more money for more years.
This illustration assumption is not true for females who are older. Same sex couples would have no differences based on sex – only relative ages. This brings up a major point – rather than use rules of thumbs based on investment returns and volatility not like yours – you should have your specific situation evaluated.
The no-inflation, or real, lines serve as a baseline point of reference that separates out how inflation and time remaining interact together. Age differences also have an effect.
However, because of inflation the lump sum dollars you may actually need may stay the same, go down slightly, or even go up. Which of the results depends on your sex. The dark blue and gray lines show “low” inflation (1.5%). The green and yellow lines show “higher” inflation (3.0%). If inflation trends higher than that, then the “higher” lines would shift even higher as well.
The inflation lines are the important ones because you will need those future dollar amounts to by goods and services prices priced at those future dollars.
Finally, the greater the age differences, the larger the sum needed because the younger has that many more years of funding needs.
Moral of the story: Social Security has a built in pay cut to the couples’ survivor (regardless of who goes first). Some pensions may have this effect as well, depending on what survivor options the couple elected at the time of retirement (an irrevocable decision – so choose well).
One plan may be to simply have the survivor reduce their standard of living by reducing expenses – what I call the default or forced plan. Not really a plan, but an effect of not planning.
A plan would actually evaluate how much is needed to replace the lost income and where those resources may come from* specific to your unique situation.
The purpose of this post is get the discussion and thought processes going about this often overlooked aspect of retirement planning (the Three Phases of Retirement Planning are listed in “Social Security and Survivor Considerations.” … and also discussed in “How many times can you plan on spending an asset in retirement?”
*Money needed – lump sum – may come from savings/investments set aside, life insurance, a standby reverse mortgage line of credit, or some combination of these.
Note: the methodology used here to calculate the lump sum needed at each age is the same methodology used to calculate how much income may be generated from a given sum of money in retirement at any given age. Instead of asking how much is needed to replace lost income as a survivor (retirement Phase 2), the question for retirement (Phase 1) is how much is needed to replace lost income from not working anymore. A similar question = a similar approach to answering it. The example dollar amount of lost income is $1,000 per month.
Photo by Wikimedia Commons.

Just where does the fear of outliving our money come from? Part II.
When does the family maximum apply to Social Security?