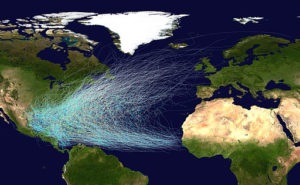 You see the headline all the time that has something to do with basically these four words: Risk, Outliving, Longevity and Money.

The viewpoint that you may outlive your money because of increasing longevity (people are living longer) is based on a faulty assumption! That assumption is built into calculations the profession uses when estimating retirement income.

What is the built in assumption? A fixed period, AND a single calculation (simulation) using that fixed period. You commonly hear 30 years as an example. Well, 30 years has nothing to do with you and what age you are … it is an assumption used to determine how long calculations or simulations should be performed.

A better feel for how long money should last are calculations based on Expected Longevity. This adjusts the timeframe for calculations so that a 90 year old isn’t basing spending calculations on a 30 year time frame. You hear that people might live to 120 someday. That may be true for 30 somethings today, but not for today’s 90 year olds because they don’t have the time left for medical advances to work that way.

What happens when a time period longer than needed is used? The income cash flow for the many is penalized for the sake of the few who actually do outlive that assumed time period! This sounds scary – but the odds are small that you would. And guess what – adjustments will be made before you get there anyway. So a retirement model should be built assuming time period adjustments to begin with.

What to do instead?

1) Use rolling time periods that are updated each year. This is essentially what planners do when they do an annual review. However, because the profession has not embraced using rolling time periods from period life tables, there is no set discipline regarding when and how to adjust calculation time periods during these reviews.

2) Rather than do a single calculation each review, develop software that supports the review practices the profession does. The software should incorporate both rolling time periods and life table time periods. Each period is still a stochastic calculation, multi-casting them in sequence to focus on the range of solutions without confusion that comes from the range of each solution’s derivations (graphic in tomorrow’s post).

What is the difference between trying to set income based on a single long period compared to rolling shorter time periods?

The Link to the working paper on SSRN, that this published paper is based on, is available on this website.

Research I did with Shawn Brayman in Canada (“Combining Stochastic Simulations and Actuarial Withdrawals into One Model”  confirms findings my earlier research suggested, using a different methodology. We found that there IS a difference between single period calculations over fixed periods. What’s a fixed period? That common 30 years. Single period calculations simply look at that one time period. However, the last year, 29th, of that one single time period is not just one year long as in the calculation/simulation. Rather, it is longer than a year based on the age(s) at that time and reference to period life tables. The same is true of the 28th year, the 27th year, etc. These time differences great errors in cash flows and capital balances.

For example, take someone who is currently 65 years old. 30 years later they would be 95 years old (if still living). That 30 year simulation when they were 60 suggests that the last year of simulation is only one (1) year long … when they’re 94. Clearly, the expected longevity of a 94 year old is longer than one year. This results in the error in cash flow I discussed above. Single, fixed period, simulations can’t adjust for these errors. The single solution at age 65 is okay, but only for age 65 to age 66.

The longer it has been since the simulation, the less meaningful is that simulation; the divergence between derivations of the initial solution become greater. Past focus has been on solution derivations (iterations of Monte Carlo simulations, and/or on what is called Terminal Portfolio Values (akin to remainder values); thus, forgetting all about the purpose of derivation and remainder values … THE SOLUTION! Subsequent implied possibilities from that single simulation are not meaningful- and thus require a “review,” better known as a recalculation, again to arrive AT THE SOLUTION for each age. (See Part II posting tomorrow for a visualization of this contrast between retirement simulations and a retirement model comprised of a time series of simulations).

A model approach, recalculates each year based on updated time periods from period life tables, and serially strings each calculation together. The portfolio data may also be adjusted within the model at various time periods to simulate projected changes in returns (without affecting prior year cash flows). This is NOT what some call a “dynamic” approach. Rather, this model approach is better termed “multi-casting,” because the simulations are recast at each and every age.

Analogy: Have you noticed how meteorologists update the expected hurricane tracks (photo at beginning of post) over time? They know where it currently is, and can model a range of expected paths. They continue to update it from its current position, continually revising how things may look in the future. If they didn’t update the possible tracks, then there would be a very wide range of where it might go based on the first track estimations. They update the model to refine where it may go. How? By recasting the simulations with new data now that previously unknown data has become known. That is what a spending model should be doing as well. This research paper is a concept demonstration on this point … how may spending look in the future based on updates, instead of doing a single estimation and trying to use that for the life of the hurricane (retiree).

Moral of the story so far: There should be a balance between being able to spend more during the years you are more likely to be alive to spend it, and determining how long a period spending should be for. While a person ages through the period life tables, and while these tables are also updated during that aging process in the future, the question of longevity becomes part of the calculations that are adjusted each year. This flexibility provides spending while alive while also reserving for those future potential years. Such an approach reduces the need to set the spending time period over such a long time frame, which reduces spending now in an effort to save for ages that currently have lower likelihood of being reached.

In other words, worry about what age you may outlive each year based on period life table statistics (and your present health). Expected longevity if the 50th percentile of the table … which sounds risky using through the single period calculation perspective. However, that expected end age slowly gets pushed out to older ages as you age … and money should be managed on the sum of the parts (rolling periods) instead of trying to do this with a single calculation as is presently done in the profession.

Basically my point is this … the fear of outliving your money is based on a single simulation (calculation) that does NOT adjust spending over time, as well as using a single fixed time period that does NOT adjust for what happens when you age (the time periods slowly shrink). Both of these lack of adjustments force the simulation (calculation) to have failures.

How does one avoid failure? Reduce spending from the beginning! But, this is precisely when you are more likely to be around for increased spending. When to reduce spending? When you’re older and less active – and this is what research from many has shown happens (see the paper link above for references). The suggestion from our paper: A model should account for most of what practitioners observe in real life. A rolling period model, or multi-casting, does this, while single period calculations (simulations) do not.

Until such time as software programming develops a model approach, retirees and practitioners should redo a prudent retirement spending calculation/simulation each year – aka a review. However, understand that the derivation of the solution (see a graph of this in Part II), should NOT be construed as saying much about the future. The solution is the goal of the exercise each year until models are developed that are only solutions, rather than derivations for the solution.

Where does the fear of running out of money come from? More in Part II tomorrow.

Note: Does this sound more complex? Yes. But so are remote laser surgery’s and your cell phone, both of which are based on complex math and engineering. People don’t seek to understand how these work. They simply know that they do and trust the surgeon trained and skilled in their use. My point is that more complex programming refines our understanding and application of measuring and monitoring retirement income to mimic the process as one ages. Software and the ability to program that software are available now. Yes, the model is more complex to program. But so is retirement income when matched to aging, which is modeling the ever changing time periods over which that retirement income is needed. People make adjustments in real life and so modeling should reflect those along the way.

Our working paper, available on SSRN, documenting our research project won the CFP® Board Best Research Paper Award at the 2016 Academy of Financial Services (AFS) annual conference through an academic panel using a blind review process.

College Scorecard website and more
Just where does the fear of outliving our money come from? Part II.

3 Responses to Just where does the fear of outliving our money come from? Part I