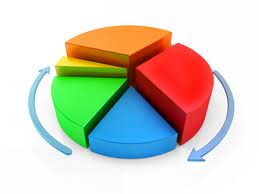 Michael Kitces wrote an interesting article comparing “Decision Rules” vs. Rebalancing. He finds that rebalancing under a total return approach has essentially the same results using the “Safe Withdrawal Rate” (SWR) decision rules. I posted a blog a short time ago that compares the SWR approach to a Dynamic Updating approach.

I have always maintained that retirement income essentially is a Total Return approach because the long term portfolio is the source of the funds for any of the “buckets,” be they one or many. When one looks at the overall combined asset allocation of all the buckets and the long term portfolio all combined, you ultimately derive one total allocation with the weighted average of all of its’ components; in other words, a total return with standard deviation.

This said, I do use a two bucket approach for a variety of reasons. However, the income bucket (source of funds going into the checkbook) is comprised of short term bonds (less than 5 years duration funds) and cash for the reason illustrated in the graphic below … Short term bonds have better risk vs return characteristics.

Dfa maturity return_tradeoff from Better Financial Education
Kitces article assumes the refill occurs during down years too. As I describe in my post here, the income Distribution Reservoir serves as just that, the source of funds to continue some kind of income going into your checking account for your spending each month. The real question is when is your spending too high relative to your total assets?
Rebalancing doesn’t change your spending. The decision rule that says when to reduce spending does. The Distribution Reservoir is some money not exposed to stock market volatility to fund your spending needs. Math should be applied using the decision rules described in my link in the prior paragraph to establish the bookends for spending. One bookend is the upper limit based on current portfolio values set once a year. The other bookend is the prudent amount that should match spending for your necessary expenses. The difference in these amounts relates to the amount of your discretionary spending … discretionary spending by definition means you may cut these expenses should income fall short.
There are both emotional (behaviors) reasons to set non-emotional rules ahead of time so that during the emotions of down markets, the rational rule is used … it is like pilots going into the flight simulator to practice emergency procedures … practice with a process overcomes emotions.
Rebalancing involves selling high and buying low. That works for the larger long term portfolio that is invested to last for the rest of your life. However, the refill component from the long term portfolio that goes into the distribution reservoir is replacing money that has been spent … and will, itself, eventually be spent within the time frame of the bucket I call the distribution reservoir. Thus, this refill money if continued during down market periods, continues to sell shares at depressed prices. This stops selling shares from the long term portfolio into continually declining markets that depress prices (sell more shares to net the same dollar amount), that is meant to replace spent money in the distribution reservoir.
The first decision rule is to stop refilling the spending bucket (Distribution Reservoir).  This doesn’t mean rebalancing is stopped in the long term portfolio – that continues.
The last decision rule is to cut spending if needed.  Most people have their long term portfolio in IRAs for example. This also means not selling additional shares to pay income taxes.
When properly invested with well structured portfolios (indexes), once markets have bottomed out and rise on the other side of the market valley, refills may begin again at or above share prices when turned off. Not captured in studies is how retaining shares is what retains wealth. When you run out of shares is when you run out of money!
Rebalancing is very important as Kitces article points out. There are other factors I point out above just as important as well. Good decision rules address more complex things that are going on beyond simply rebalancing.

One Response to Rebalancing benefits during retirement. Is that all?