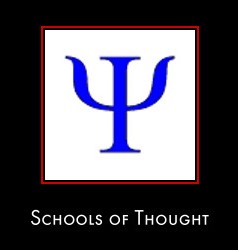 I recently blogged about Two Retirement Income Schools of Thought, the Safety First School and the Probability Based School. The Probability School has two schools of thought developed within it as well.

The first, or the original school which I will call the Static School, began with Bengen’s seminal work in the mid 90’s and many others have contributed important insights to retirement income based on stochastic (Monte Carlo) or back testing concepts. I call it static in that distribution periods are of fixed length’s of time and more importantly, not connected to each other within the models.

The second, more recent school of which my work with collaborators is a part of, is what I call the Dynamic School. I call it dynamic because the distribution (i.e., retirement income) periods used in the simulations are based on the retiree’s current age and the length of the period is determined from either Social Security’s, or the 2000 Annuity, longevity through Period Life Tables. What happens dynamically is that as a person ages, their expected longevity age (50% or average, where half outlive that age, and half do not) also slowly gets older too. The effect? No one ever reaches their current expected longevity age because it is always older than you currently are. Thus, your portfolio values are managed for years ahead that you still may have.

It should be noted … and here is as good a place as any … that the objective of all retirement schools of thought and perspectives is to manage your resources such that they last longer than you do … income for life.

Now on to income perspective. 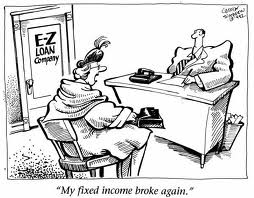 There is one perspective in any of the schools that wants to determine a retirement income that does not have to change in retirement. This was the original implied idea of the Safe Withdrawal Rate. This also comes into play when immediate annuities or bond ladders are used. Note, I am not talking about adjusting for inflation here, which is part of either of these perspectives. Call this a fixed income. Static. 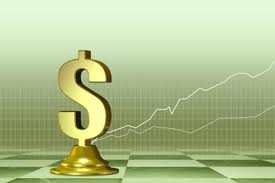 A second perspective is that retirement income should be able to adjust given current facts that would not have been known last year, or any prior year … example: the markets and economy for 2014, or any future year, are unknown to us today.  Thus retirement income should adjust a little based on new information when it is learned. Call this a variable income. Dynamic.

Our paper Dec 2012 paper, through link above, shows that taking too much out of a portfolio today means less income tomorrow … we know that intuitively but we seem not want to believe it when it comes to spending. My implication here is that not making an adjustment as in the static perspective above may lead to prematurely emptying your retirement income basket.

Ex-ante: An interesting white paper by Blanchett, Finke and Pfau called “Low Bond Yields and Safe Portfolio Withdrawal Rates” is an interesting new application of adjusting withdrawal, or income, rates before we know what bonds (in this paper) or stocks do. So they take the ex-post historical data and make an adjustment to it to arrive at ex-ante withdrawal rates.

An interesting implication of their white paper is when they say that pre-retirees may need to save more* (saving more to increase their portfolio balance means spending less) to meet retirement income needs because the withdrawal rates that generate that income would be lower in the future when they retire (ex-ante adjustment). The expected withdrawal rates will have adjusted between now and then based on lower returns that are incorporated into the data that simulations are based on. Lower returns means less income is possible; or a higher balance is needed to generate the same income as needed today. This fits into trying to determine a fixed income so the retiree doesn’t need to review things so often. Their results also mean that retirees should also adjust their spending down today too in anticipation of those future rates.

*Save more … in addition to the lack of saving they are already doing compared to what they should be saving to be able to retire, an entirely different problem.

Ex-post: Past research historical data has tended to be updated each year ex-post (after the fact – either better or worse) and this does have a slight effect over time on what is feasible for retirement income over time. Again, this means retirement income that is possible is less today if rates have gone down in the recent past as they have. However, we don’t know what is feasible in the future because we don’t know future returns and rates yet. Thus, the reason for a review. A review updates everything: market rates and returns, your portfolio values, what are your income needs compared to what is feasible, your present longevity age (ages if joint); then makes adjustments based on all the facts at the time. Yes, if retired, this may mean spending less (which for them means save more of their portfolio balance by spending less … the same impact they had when they were a pre-retiree as described above).

Thus the Probability Based school is possibly splitting into an ex-ante camp and an ex-post camp as far as data used within the probability based simulations. Data changes each year as it becomes known. This changes the simulations slightly. The question thus becomes by how much do you change the data? By the amount that is known? Or by that amount, plus or minus some anticipated amount too? I, for what it’s worth, am in the ex-post camp since the future will always be uncertain regardless of how much we try to develop expectations or predictions to the contrary. Seems to me making adjustments based on both changing markets data and changing market data expectations increases the magnitude of the changes people need to make rather than reduce them.

Our November 2011 paper (through link above) describes how ex-post data based simulations may be used to signal reducing (or increasing) retiree spending through the signals provided by an increasing withdrawal rate’s corresponding POF (percentage of simulations that fail). Portfolio values may be calculated at the beginning of each year to tell the retiree when their portfolio value should be of concern or not.

Moral of the story: Whether you are not yet retired, soon to be retired, or already retired, change is just a part of life. Accepting that adjustments may be needed to how much you can spend or save, sooner or later, is a part of change in life. Recognition and acceptance helps make adjustments easier … you may not like them … but when have you ever liked to make these changes in the past?

There is more to the retirement income question than I’ve covered here, however space and your attention span are limited … a little bit at a time. The beauty of research, publication, and communication is the sharing of thoughts, ideas and concepts. The more this happens, the more insight we all get and thus can make more informed decisions.

Asked to co-sign a loan for someone? Bad idea!
4% retirement rule – gone!

One Response to Retirement Income Schools of Thought (part 2)