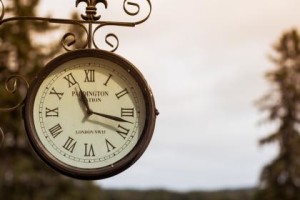 Did you know that Social Security for couples has a built in pay cut for survivors? How does that happen?

Most couples focus on Phase 1 planning and make decisions without realizing that the decisions they make early on have an effect on Phase 2 planning … and those Phase 1 decisions are irrevocable – they can not be changed. Pension choices for those who have pensions also have irrevocable choices that affect survivors later. The effect is the same – however, this post will focus on Social Security choices made in Phase 1 and how those affect Phase 2 outcomes.

Let’s look at a hypothetical couple, Persons 1 and 2 (all benefit amounts are expressed in today’s dollars to keep the examples clearer):

The general rule of thumb is that regardless of who goes first, the lower benefit goes away and the higher benefit remains for the survivor in what I call Phase 2 of retirement.

Both claim their benefits at ages 62. Person 1’s benefit amount at that age would be $1,500 and Person 2’s benefit at that age would be $1,125 for a combined monthly benefit of $2,625. Applying the general rule of thumb for survivors from above, the $1,125 benefit would go away, and the survivor would get $1,500 per month. However, because they started before Full Retirement Age (FRA), there is a widow(ers) Limit Provision which means that Person 2’s benefit would be $1,650 if Person 1 died first. However, Person 1’s survivor benefit would remain at $1,500 since they had the higher benefit between the two. The point of the example, there is a pay cut for the survivor. ##

Both claim their benefits at ages 66. Person 1’s benefit amount would be $2,000 and Person 2’s benefit would be $1,500 for a combined monthly benefit of $3,500. Again, applying the general rule of thumb for survivors from above, the lower $1,500 benefit would go away and the higher $2,000 benefit would remain.  Now, in this example, they’re both claiming at their FRA (this depends on year of birth), there no longer is a Limit Provision as in Choice #1 (is doesn’t apply at, or after, FRA). This is approximately a 43% pay cut. The point of the example, there is a pay cut for the survivor. ##

Both claim their benefits at ages 70. Person 1’s benefit amount would be $2,640 and Person’s 2’s benefit would be $1,980 due to Delayed Retirement Credits (DRCs) and their FRA, for a combined monthly benefit of $4,620. Applying the general rule of thumb for survivors, the lower $1,980 benefit would go away and the higher $2,640 would remain regardless of who goes first. This is approximately a 43% pay cut. The point of the example, there is a pay cut for the survivor. ##

##Where are the assets that will make up for this lost income? From life insurance? From retirement savings set aside? What is the plan for this loss – downsizing, moving, etc.?

Note: There are many nuances and possible benefit combination and other considerations such as health, etc.; however, I’ve tried to keep my examples simple so I can talk about how Phase 1 decisions affect Phase 2 outcomes for the survivor, regardless of which is the survivor. Also, the actual amount of benefits depends on the specific details of each person’s earnings history and relative ages. In other words, these are not your numbers or outcomes, these are examples to illustrate the main point – survivor income loss.

The moral of the story: Consider carefully benefit choices for Social Security (and pensions) because there is a critical interplay between retirement benefits and survivor benefits.

Social Security Survivor’s website has links to the basics of how the survivor benefits work.

Note that there are also Divorced Survivor Benefits too.

Caveat/caution … working while receiving any benefits prior to FRA may subject you to the earnings test.

Photo by AJ Montpetit on StockSnap

Can you “restrict” your Social Security now?
Dimensional via a short video (1 of 4)