You may not be aware of it, or in which you fall, but there are generally two retirement income schools of thought. One school of thought is the “safety first” school and the other is the “probability based” school of thought. Neither is right or wrong, it essentially comes down to each retiree’s decision. 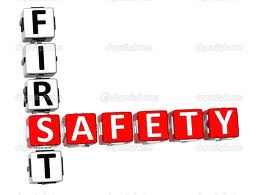 This school of thought basically says that making sure you have money to cover your expenses is paramount. Thus, purchasing an immediate annuity or establishing a bond ladder made up of safe bonds are suggested by these proponents. Pensions and Social Security are often also used to ensure income as long as you live, however many times there is a gap between the income from these sources and your total monthly expenses. Paying off the mortgage, for example is one common method in this school, to close that gap by lowering expenses by the amount of the mortgage payment (principal and interest). 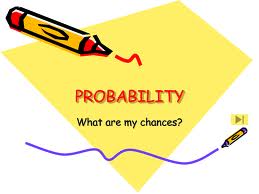 The Probability Based School of thought.

This school of thought is based on probabilities of the markets, often called Monte Carlo simulations (stochastic modeling), establishes a “safe withdrawal rate” based on research that began in the mid 1990’s. This school of thought recognizes that markets go up and down and the research suggested that 4% was reasonable. Today’s low interest rates has been challenging this “safe” rate of 4% (in its original form it established an “initial” dollar amount of income and then applied an inflation adjustment each year to that initial dollar amount).

Dan Moisand has a great explanation that goes into a bit more detail about the probability based approach. My research contributions to this Probability Based School of thought is that the “fixed initial rate with inflation adjustment” needs refinement. Newer research is doing just that … refining the probability based school so it is more dynamic to reflect real life and market reality better.

However, research now shows that prudent allocation may mitigate market risk by including bonds (those very same bonds that the safety first school uses (the markets are the same for everyone afterall)) to reduce portfolio volatility; and volatility appears to be an important factor. The main concept here is that money is fungible, or interchangeable, so it does not “know” what its source of income is: dividends, interest, capital gains, etc. Another key concept is to use multiple different indexed funds to ensure your portfolio is not concentrated in any given area.

Dirk Cotton explains the differences between the schools as this: “The decision comes down to this: Are you willing to risk losing your retirement standard of living in exchange for a chance to improve it?” However, what this is really saying is that you may be locking in today’s standard of living for the rest of your life, and may be exposing your conservative nature to inflation risk, the classic fixed income trap, where future costs of living exceed the fixed income previously set up.

Essentially, the Safety First school seeks to guarantee your income, even though expenses may eventually go up, thus you need to cut spending elsewhere. The Probability Based school seeks to set up a prudent income plan that can adjust income in order maintain control over the assets with a prudent assurance of having those assets last your lifetime. Yes, under the Probability Based approach, when markets are down, income should be reduced a little too. Otherwise, the resulting higher spending reduces your money faster. Pension plans are under funded presently because the higher guaranteed spending is not supported by lower returns. In other words, the same investments that support both schools of thought are similarly affected by the same economic events; the difference is how well the retiree sees those effects.

PS. You may think I have a tendency to favor the Probability Based school over the Safety First school, and you would be right. Primarily because I think transparency and flexibility with your money is important. Having said that, since I mentioned that it is the retiree themselves, not me, who dictates which school of thought they are in, I work with retirees under both schools.

Is there a Cost of Fear?
IRS Tax scams galor!